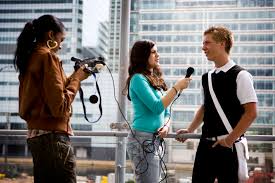 The Chinese government is threatening to remove visas from journalists as a weapon to intimidate foreign media “like never before”, a press group said Monday, following the expulsion of three reporters last month.

In its annual report, the Foreign Correspondents’ Club of China said it also feared Beijing was preparing to kick out more reporters, with two journalists this year given working visas of only a single month.

At least 12 correspondents received press credentials valid for six months or less — more than double the number given short-term visas the previous year, in what the FCCC called a record.

Resident journalist visas, which are mandatory for all foreign media based in mainland China, are typically issued for one year.

“Chinese authorities are using visas as weapons against the foreign press like never before,” the report warned, flagging a “continued decline in reporting conditions”.

Since President Xi Jinping came to power in 2013, China has forced out nine foreign journalists, either through outright expulsion or by non-renewal of visas, the FCCC said.

The report also found a majority of journalists surveyed — 82 percent — said they had experienced interference, harassment or violence while reporting in China over the past year.

Nearly double the correspondents surveyed this year faced difficulty renewing their credentials, and almost all of them believed this was related to their reporting.

In late February, Beijing ordered three reporters from The Wall Street Journal to leave the country over what it deemed a racist headline in an opinion piece they were not involved in writing.

Deputy bureau chief Josh Chin and reporter Chao Deng, both US nationals, as well as reporter Philip Wen, an Australian, were given five days to leave.

The reporters had reported on Xinjiang, covering forced labour, surveillance and re-education camps.

Last August, China refused to renew the press credentials of Wall Street Journal correspondent Chun Han Wong after he and Wen wrote an article on one of Xi’s cousins.

The group warned that “hostility toward foreign press is now so pervasive that the most basic elements of journalism are often frustrated in China”.

The foreign ministry did not immediately respond to a request for comment.