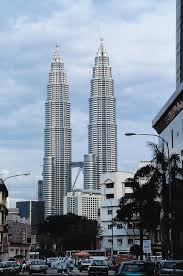 KUALA LUMPUR: Malaysian Islamic Party (PAS) whose party is now part of the new ruling coalition has outlined its vision.

PAS president Abdul Hadi Awang via a press statement hopes the federal government will prioritise the agenda to revive the economy, narrow the income gap, improve the standard of education and practice equitable development for peninsular, Sabah and Sarawak and defend the principle of federalism with all states.

Hadi also urged the government to be fair to the people regardless of race, religion and political ideology.

Today morning, Muhyiddin Yassin was sworn in as Malaysia’s prime minister, an hour after his predecessor and former ally, Mahathir Mohamad, claimed he was the one with enough support to form a government and would prove it with a vote in Parliament.

WHO labels coronavirus a ‘pandemic’ as Europe scrambles to contain it

Sydney to replace Nanjing as host for Women’s Olympic Qualifiers