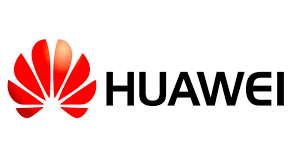 LONDON, 28 January — Boris Johnson will today chair a meeting of the National Security Council as he decides whether to grant Chinese tech company Huawei a role in the UK’s 5G network.

A final decision is expected by the end of the week.

The prime minister has suggested a balance can be found between using Huawei to help deliver the benefits of the new technology and allaying security concerns.

Opponents of allowing the Chinese company to build the network say that, while cheaper than using rivals, allowing Huawei would risk handing over control of infrastructure to Beijing.

They argue that Huawei has close links to the Chinese government and its equipment could be used for espionage purposes – something the company has always denied.

Yet Mr Johnson said it was possible both to have access to “fantastic technology” and to “protect our key partnerships with other security powers”.

There have been concerns that, in the face of US suspicion about Huawei, intelligence sharing with the UK via the “Five Eyes” alliance could be under threat.

Paradise found: how engineering can boost tourism in Indonesia