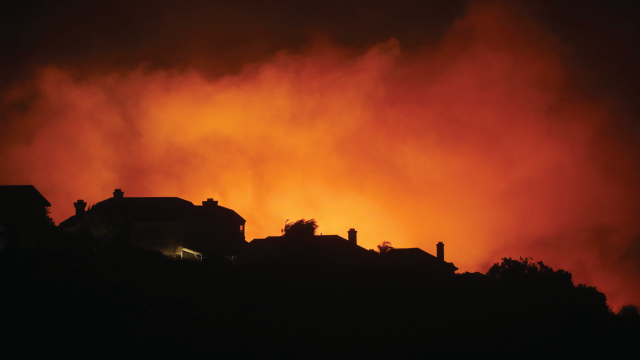 Special address by Juan Guaidó, President of the National Assembly of Venezuela

Juan Guaidó, President of the National Assembly of Venezuela, denounced the political conditions in his country and called for international support to guarantee that free elections are held this year.

Guaidó, who is recognized by more than 50 countries as the interim president of Venezuela, told participants: “What we want is a free Venezuela, a democratic Venezuela which respects human rights, where you can invest, where we can also make the most of our oil reserves, so that we can really unleash the potential that we have.”

An insight with Satya Nadella

Known for its technological advances, Microsoft is one of the most successful companies in the world. With thousands of data scientists and one of the most sophisticated corporate research teams in artificial intelligence and quantum computing, it may have come as surprise when Chief Executive Officer Satya Nadella said his biggest job is the curation of culture. “Being a purpose-driven organization is a core aspect of Microsoft,” he said, adding that a corporation should have a social purpose and, in doing so, reflected on the expression that, “a corporation should find profitable solutions to the challenges of people and the planet.” Nadella believes now is the time for urgent action to address the planet’s most pressing challenges.

Saudi Arabia, the only country from the Middle East in the G20, has laid out an ambitious agenda for its presidency. Under the rubric of “Realizing Opportunities of the 21st Century for All”, the three-pronged plan will focus on empowering people, safeguarding the planet and shaping new frontiers. All 17 of the United Nations Sustainable Development Goals (SDGs) are addressed “directly or indirectly”, according to Mohammad Al Tuwaijri, Minister of Economy and Planning of Saudi Arabia. “Our objective with this presidency is to be as action-oriented and practical as possible towards the SDGs.” Saudi Arabia is best known as a major oil producer, but it also has an aggressive environmental agenda, explained Abdulaziz Bin Salman Bin Abdulaziz Al Saud, Minister of Energy of Saudi Arabia. This includes managing conditions for industries and the food value chain and sustainable mobility.

The recent corporate tax rate cut has been a good measure he said, but more tax cuts may be needed to spur consumption, and specific industries such as automobiles may need special stimulus. Indian industry needs to access the best-in-class technology, infrastructure and strategic trade agreements, he said.

At the same time, the government will use safeguarding duties and countervailing measures when needed. Instances of dumping, misclassification, underpricing and circumvention of product-origin rules will be dealt with strongly and the government will stand by its industry to protect its interests.

Social mobility: Getting to 50-50 gender parity

A number of studies have proven that organizations with diverse leadership are more resilient and competitive over time. Nonetheless, inequality continues to plague the private and public sectors worldwide. A total of 80% of workers in the informal sector are women and therefore lack access to regular wages, healthcare and other employee benefits. Meanwhile, 75% of the world’s legislators are male.

A recent McKinsey report, however, has found that the world could increase global GDP by 11% by focusing on a single issue: gender parity. The primary responsibility for this to change, according to Jonas Prising, Chairman and Chief Executive Officer, ManpowerGroup, lies with chief executive officers: “You have to make it socially unacceptable not to have equal representation at all levels.” When leaders commit to prioritizing gender equality, institutions change quickly.

Britain in lockdown as WHO warns pandemic ‘accelerating’