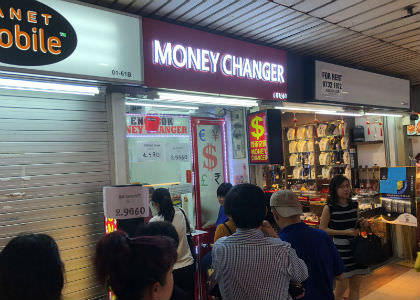 As such, he urged the government to also look into the plight of money changers whose business is heavily dependent on the tourism industry, which is now badly affected by the pandemic.

“Since the outbreak of the COVID-19, there is almost no or very limited travel into or out of Malaysia. This affects the money changing business, which has dropped to almost 80 per cent,” he told a media conference here today.

He said the association felt left out and neglected when there was no mention of the industry in the RM20 billion Economic Stimulus Package announced by the government recently.

He said the association also hoped that the government would include MSB as an eligible category to receive the Special relief Fund (SRF)  provided by Bank Negara to help alleviate the short-term cash-flow problems faced by SMEs adversely affected by the COVID-19 outbreak.

It is also hoped that the financial sector, especially banks, would provide access to financial products for those in the MSB industry, he added.

Covid-19: Why was zoning not done in Malaysia?