Home Business Into the woods: how a resurgence in timber could redefine the construction... 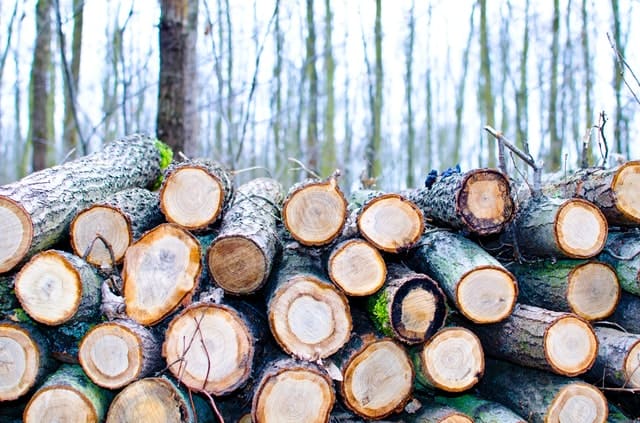 SPECIAL REPORT: — The rise of Mass Engineered Timber has ushered in a new era of building with wood, with exciting possibilities to design structures of unprecedented complexity and scale. But what’s most exciting about the new age of timber is what it could mean for the industry in terms of sustainability and automation.

One interesting aspect to our ‘age of disruption’ is the perception that a business or product that ‘disrupts’ is completely new: new model, new thinking, new ways of operating. And while that perception is valid for some ‘disruptions’, it doesn’t apply to all. So, is it time to disrupt how we look at disruption?

In the world of construction, we’re currently living through something of a 19-century gold rush: only this time we’re not heading to the wilds in search of precious metals, but something far more prosaic — wood. Timber has the potential to be one of the most significant disruptors to our industry in recent years even though it’s one the oldest construction materials known to man.

This paradox goes against what many would think of as disruption, but the revolution in timber construction is real; and what’s more we’re just at the beginning. As Professor Clayton Christensen of Harvard Business School noted, disruptors come from below and at Aurecon that’s how we feel about the modern reincarnation of timber construction.

Timber buildings are on the rise: in just the past couple of years Aurecon has worked on a number of significant projects in Asia-Pacific, for commercial, educational, and sports use. One is Asia’s largest timber building, currently taking shape at the Nanyang Technological University (NTU)in Singapore. The other is 25 King Street in Brisbane, Australia, which at 52 m was the tallest timber tower of its type when it completed in 2018.

The tallest timber building of any type was also completed this year, the 84.5 m tall Mjøstårnet in Norway. Combined with the rising number of new and ambitious timber projects being planned, it’s clear the world of timber construction is advancing.

We believe the Mass Engineered Timber (MET)used in construction today has the potential to disrupt the construction industry in much the same way plastic transformed the manufacturing industry in the early 1900s.

At that time, the manufacturing technique of injection moulding allowed production costs to drop rapidly, enabling unprecedented availability of goods to the masses. MET has the capacity to do something similar for construction, although in this case the environmental consequences will not have the negative impact that plastic has had — in fact, quite the opposite.

One of the most exciting possibilities we see with the rise in MET construction is the role it can play in accelerating the introduction of robots on site. Because building with timber is more a process of assembly than construction, it makes timber a highly attractive entry point in the development of robot-driven construction.

Structural components made from timber are fabricated at offsite locations and transported to the job site ready to be assembled. From here it is a question of unloading the sections from the delivery vehicle and lifting them into position on the structure. It doesn’t take too much imagination to see how this simple and effective building method might be automated in the near future.

In addition to introducing new construction techniques, the rise of MET construction could also lead to a new generation of construction skills. Consider carpentry, which today we associate with skilled craftsmen working at much smaller scales to serve the residential and interior disciplines.

Now imagine what skills are needed to apply that learning at a much larger scale and with an intimate understanding of structural engineering. Could we one day see the ‘master engineer carpenter’ in the mainstream of our industry?

But while we may wait many years for the industry to get to the automation and skills levels we envision, the efficiencies of timber construction are already being realised, demonstrating why we’re seeing such a strong rise in demand.

On an average construction site, both the number of people on the job site and the time taken to complete the project can be reduced by around 30 per cent when using timber versus traditional materials and methods, based on recent experience. This offers a saving for the developer in construction costs and delivery time; and with fewer workers needed on site, it creates a safer and quieter environment.

A further benefit of the modular construction process of timber buildings is that it naturally lends itself to space-constrained job sites. Asia is home to many of the world’s largest urban centres and has the fastest growing population on earth. So, a new building method that combines speed with agility is offers many advantages to urban developers.

In addition, there are clear advantages in terms of sustainability and never has this been more important. Construction today accounts for around 39 per cent of global energy related carbon dioxide emissions, according to the World Green Building Council. But using wood in place of steel and concrete could eliminate much of the CO2 and fossil fuel consumption associated with this construction, according to the Journal of Sustainable Forestry.

Let’s lookat it in another way: the research shows that near-term use of mass timber in buildings seven to 15 stories high on a global scale could have the same carbon mitigating effect as taking more than 2 million cars off the road per year.  As a sense of scale, in 2018 there were 600,000 cars and taxis in Singapore. So that’s a lot of carbon!

As we look to a future with more timber construction, much of the uptake rate will depend on two things: updating building codes in place and myth-busting preconceptions about timber.

Fortunately, in terms of building codes, we are in a situation where most countries now have them. However, these codes may not be as evolved as those for more traditional construction methods. Even though we expect this to change as timber use increases, it will take time.

For the myth-busting part, it is more a question of education. One of the most obvious preconceptions to overcome is the idea that timber buildings are more vulnerable to fire. Clearly wood is a combustible material, but as designers, we provide systems to mitigate the apparent risks. One great advantage of MET is that it doesn’t lose its structural integrity in a fire. It will continue to carry load while burning which provides the required redundancy and time for occupants to escape.

MET chars at a predictable rate, which forms a barrier to fire to limit damage — much like a heavy log of wood will smoulder and burn very slowlywhen added to an existing fire. Modern design codes in most countries require buildings to maintain their structural strength after fire damage, so MET has been designed to meet these global standards.

Another preconception, and one that is particularly relevant for Asia, is that high humidity levels can adversely affect the structural integrity of timber. However, because the timber is treated, humidity is not an issue. There are certain types of timber which are highly suitable for use in exposed areas, for example, exterior façades.

As with so many industry disruptors, the road to success is seldom without challenges. But with enlightened thinking, changing perceptions and growing interest from developers, I expect to see even more timber buildings taking root in the cities of Asia in the coming years.

Serena Yap is a Technical Director and Built Environment Leader at Aurecon in Singapore. A qualified Professional Engineer, she has more than 30 years of engineering experience in design and project management.

She is currently working on a number of timber building projects in Singapore, including the Academic Building South at NTU.