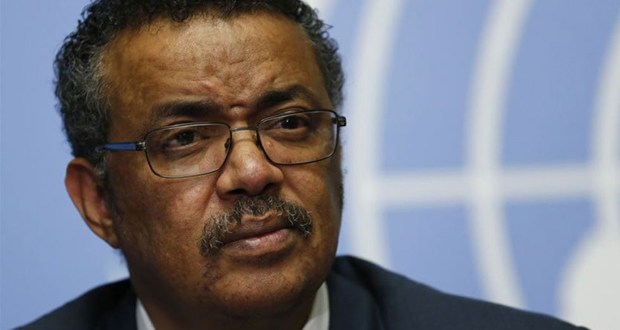 As I have said repeatedly since my return from Beijing, the Chinese government is to be congratulated for the extraordinary measures it has taken to contain the outbreak, despite the severe social and economic impact those measures are having on the Chinese people.

We would have seen many more cases outside China by now – and probably deaths – if it were not for the government’s efforts, and the progress they have made to protect their own people and the people of the world.

The speed with which China detected the outbreak, isolated the virus, sequenced the genome and shared it with WHO and the world are very impressive, and beyond words. So is China’s commitment to transparency and to supporting other countries.

In many ways, China is actually setting a new standard for outbreak response. It’s not an exaggeration.

I also offer my profound respect and thanks to the thousands of brave health professionals and all frontline responders, who in the midst of the Spring Festival, are working 24/7 to treat the sick, save lives and bring this outbreak under control.

Thanks to their efforts, the number of cases in the rest of the world so far has remained relatively small.

There are now 98 cases in 18 countries outside China, including 8 cases of human-to-human transmission in four countries: Germany, Japan, Viet Nam and the United States of America.

So far we have not seen any deaths outside China, for which we must all be grateful. Although these numbers are still relatively small compared to the number of cases in China, we must all act together now to limit further spread.

We don’t know what sort of damage this virus could do if it were to spread in a country with a weaker health system.

We must act now to help countries prepare for that possibility.

For all of these reasons, I am declaring a public health emergency of international concern over the global outbreak of novel coronavirus.

Our greatest concern is the potential for the virus to spread to countries with weaker health systems, and which are ill-prepared to deal with it.

As you know, I was in China just a few days ago, where I met with President Xi Jinping. I left in absolutely no doubt about China’s commitment to transparency, and to protecting the world’s people.

To the people of China and to all of those around the world who have been affected by this outbreak, we want you to know that the world stands with you. We are working diligently with national and international public health partners to bring this outbreak under control as fast as possible.

In total, there are now 7834 confirmed cases, including 7736 in China, representing almost 99% of all reported cases worldwide. 170 people have lost their lives to this outbreak, all of them in China.

We must remember that these are people, not numbers.

More important than the declaration of a public health emergency are the committee’s recommendations for preventing the spread of the virus and ensuring a measured and evidence-based response.

I would like to summarize those recommendations in seven key areas.

First, there is no reason for measures that unnecessarily interfere with international travel and trade. WHO doesn’t recommend limiting trade and movement.

We call on all countries to implement decisions that are evidence-based and consistent. WHO stands ready to provide advice to any country that is considering which measures to take.

Second, we must support countries with weaker health systems.

Third, accelerate the development of vaccines, therapeutics and diagnostics.

Fourth, combat the spread of rumours and misinformation.

Sixth, share data, knowledge and experience with WHO and the world.

And seventh, the only way we will defeat this outbreak is for all countries to work together in a spirit of solidarity and cooperation. We are all in this together, and we can only stop it together.

This is the time for facts, not fear.

This is the time for science, not rumours.

This is the time for solidarity, not stigma.

Covid-19: The government must bite the bullet now! Not tomorrow or...