Home Main COVID-19: Malaysian authorities including the local Interpol works round the clock... 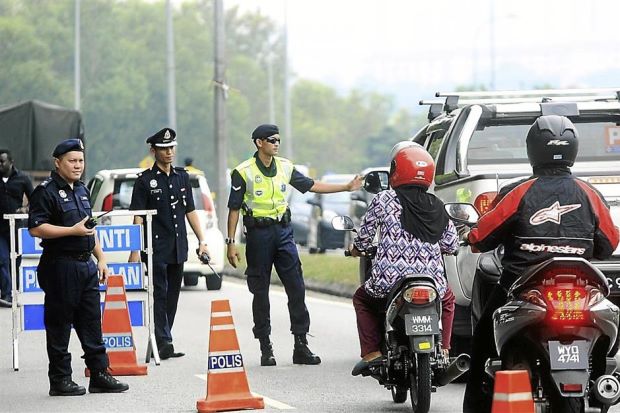 KUALA LUMPUR: Malaysian authorities are taking all its necessary steps to track down 4,000 participants of Sri Petaling mosque event for COVID-19 tests.

The Straits News team learning from a Bukit Aman police officer is urging the public to share or alert them if they notice anyone suspicious to be from the participants of Tabligh gathering.

According to a short message circulated to group of NGOs and Malaysian citizen, anyone who has sighted the Tabligh goers to report the information to the Police.

The Straits News team learnt that all the police personnel from different division are working round the clock to fight this unknown war enemy of COVID-19.

One of the officer who shared to The Straits News Team is Supt Dr.Mohammad Feroz bin Kamal, Assistant Director from the National Central Bureau (NCB) Interpol, Malaysia who is urging the public to share any information related to the Tabligh participants’ whereabouts.

Supt Feroz has urged all Malaysians and non-Malaysians to call the police or even to notify him via his mobile number 012-6863666, if they have any relevant information about the Tabligh attendees.

On Thursday, Defence Minister Ismail Sabri Yaakob said that the Malaysian police will track down 4,000 participants who have yet to come forward to be tested for Covid-19 after attending a gathering held by a Muslim missionary movement in February.

The Defence Minister said police had made the decision to track them down, as there were concerns that many who went for the gathering, held by the Tablighi Jama’at, had not yet been tested.

The gathering at Masjid Jamek Sri Petaling in Kuala Lumpur took place from Feb 27 to March 1, drawing 16,000 followers, including those who travelled from overseas.

Meanwhile, yesterday in Georgetown, Penang, Three tabligh members, including one suspected of having attended the recent rally at the Seri Petaling Mosque, were arrested while trying to flee from a roadblock on Jalan Sultan Azlan Shah near here on Friday, The Star Online reported.

Shortly after they were detained at about 6.30pm, police escorted the trio, aged between 27 and 56 years, to the Bayan Baru Health Clinic to undergo COVID-19 screening.

“Initial investigation found that one of the three men admitted that he had attended the event at the Sri Petaling Mosque but did not go for health screening upon returning home, ” said Barat Daya district police chief Supt A.A. Anbalagan.

Earlier, The Straits News reported that the Myanmar Ethnic Rohingya Human Rights Organization Malaysia (MERHROM) would like to express its willingness to collaborate with all government ministries to curb Covid 19 in Malaysia and urged those Rohingya refugees who attended the event to come forward for medical screening.

Facebook’s Whatsapp Is Getting Into Digital Payments