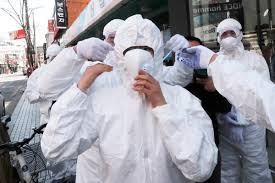 The Covid-19 virus or also known as the novel corona virus does not discriminate. It is blind to race, religion or the social status of a person. But unfortunately we still have segments of societies who are looking at the entire Covid-19 pandemic from racial and religious perspectives.

Having said that it is time the Malaysian government take more aggressive proactive steps in curbing the further spread of the virus in the country.

The various mitigation protocols used previously may have been effective to a certain degree but unfortunately the gravity of the disease was not put forth forcefully enough to drill it down the common man.

As a member of the healthcare system in Malaysia, I could not have stressed more to family and friends since December 2019 that this virus will not just stop in China, where it is believed to have first originated.

But much of the advice was taken lightly as there was no urgency shown by the government then which was merely playing a rather ”soft” message that largely went unnoticed.

Fast forward to today, we are now ahead of many South East Asian nations in registering the number of positive Covid-19 cases.

Where did we fail?

The first failure is in not sending a strong enough message that warranted attention from the public. The ”toned down” approach was most likely to encounter any panic situation. The advisory tone set from the beginning was not sufficient to mitigate what was to come.

Ministers, political leaders and the government then were far more embroiled in political imbroglio instead of keeping vigil of the imminent threat of the virus.

The government then should have in January 2020 itself taken a bold step in banning all large gatherings, regardless of its venue or programme. All places of prayers, shopping malls, cinemas, and any sort of public fairs or exhibitions should have been advised to either cancel or postpone their events.

But this was not done in the earliest possible opportunity.

Our borders were kept open and the only control point was to take body temperatures of those arriving from high risk countries. Those with fever were subject to further tests. But we all know that is just insufficient.

First and foremost, those who had very recently contracted the virus may not show any symptoms in the first few days or even a week. Above that those who might have had a slight fever could have taken anti-fever medicines prior to landing at airports, thus masking the symptoms as not to go through the hassle of medical probing.

Here again the government should have imposed all incoming people regardless of nationality to self quarantine at least for the window period as recommended by the World Health Organisation (WHO). But this was not done either.

Even as Italy was engulfed with Covid-19, the health ministry here was still perceived to be having the wait-and-see attitude, while many other countries round the globe enforced stricter border controls, lock-downs, stringent, targeted and sterner quarantine measures and deploying all enforcement agencies to curb further spread.

Above all there is a worrying possibility of many wearing the face mask inappropriately. While the face mask may reduce the risk of contracting the virus, there is a real fear that one could be moving around with a false sense of security.

Clearly the ministry has failed to educate the general public on the correct way to use the mask. Having first hand experience dealing with the public, I can safely say that almost all those wearing face mask lack adequate knowledge on the proper use.

While the retailers are making a killing selling these masks, they do not have the resources and time to educate the users. Looks like profits have taken precedence over the safety of people in the rush to get more sales daily.

This is where the government should have been more vigilant. While it is busy pushing the use of face masks and hand sanitizes, it grossly lacked in detailing the proper protocols in handling these two items.

In a crisis of such urgency and stage, it is not only critical to educate the masses but the right and accurate education is equally important. The consequences of inadequate practices in health issues can lead to grave ramifications in the near and far future.

Thus, though some measures may be hard hitting and financially unfriendly, the current government must make some drastic decisions; and one of those is to have a blanket ban on all gatherings or large crowds, be it private weddings, prayers, shopping malls and even close all entertainment spots like nightclubs, pubs, and any sort of conferences in hotels or halls.

The government should also be aggressive in educating the public on the most appropriate way of using the face mask and employing hygiene practice.

Also make it mandatory to quarantine all incoming passengers no matter where they come from or whether they have fever or not upon landing here. No one should ”escape” into the crowd.

Clamp all those promoting unproven methods of ”curing” or preventing the Covid-19. The police and other relevant resources should focus more on curbing lies about the virus rather than concentrating on political issues.

We must avoid an ”Italy” here at all costs. There is no room for dillydallying.

Narinder is a veteran political observer and a pharmacist with nearly 30 years in private practice.

How Entrepreneurs Make Use of Technology to Boost Cashflow

Factbox: What do we know about the new coronavirus?