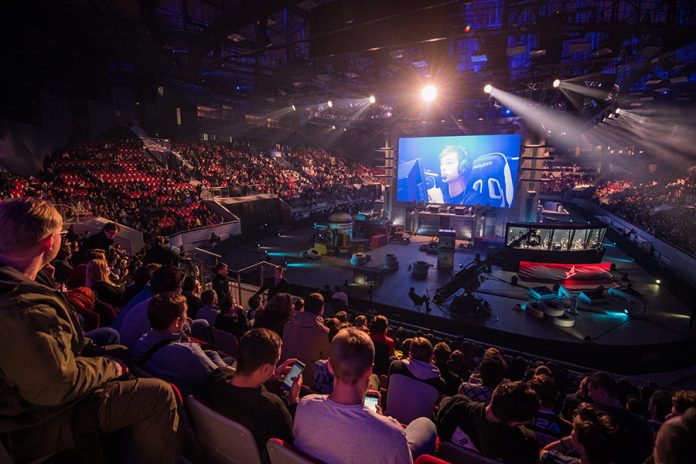 Electronic Sports (esports) have been gaining increasing popularity in South East Asia.To put in plain it is a form of sports competition using technology related games.

ESports often take the form of an organized, multiplayer video game competition mainly between professional players, individually or as teams.

Ampverse is an esports rights holder and gaming media outfit with offices in Singapore and Thailand.

Essentially, they help champion the region’s leading gaming and esports talent by enabling them to create powerful partnerships with brands, game publishers and agencies in order to deliver meaningful and awe-inspiring content.

According to Ampverse, they see the potential in Southeast Asia as gaming and esports is the fastest growing market globally.

However, there is a real disconnect between the size and influence of gaming communities and the levels of investment brands are making into gaming and esports.

That being said, they passionately believe in developing gaming and esports talent throughout Southeast Asia and at the same time they are striving to help brands navigate the space in order to achieve marketing goals through content and assets.

“We have seen a lot more acceptance as everyone is starting to embrace gaming and esports in this region and realizing that it’s become a cultural phenomenon that’s here to stay.

“Esports was part of the SEA games in late 2019 in the Philippines which marks a step in the right direction as a tenet for gaming and esports fans to come together within an iconic traditional sports backdrop. Besides the gaming culture, in the last 12 months, 32% of marketers claim to have invested in esports.

“These investments include marketing with gaming influencers, advertising on gaming platforms and within games themselves and esports team sponsorships. We can definitely expect this number to rise even higher in the near future as the market gets more experience and education in this space.”, Ferdinand Gutierrez, CEO of Ampverse said.

The online population in Southeast Asia is rapidly rising due to an increase in mobile device penetration across the region.

With affordable smartphone becoming more prevalent for Southeast Asian consumers, coupled with the improvement in 3G and 4G network connectivity, particularly in Indonesia, Thailand, Vietnam and the Philippines, mobile is increasingly becoming the device of choice for gamers.

In terms of trends, one key trend I’ve noticed is the number of advancements being made in relation to the intersection of tech and gaming.  These two sectors combined provide a number of new ways for engagement between gamers, added Ferdinand Gutierrez.

“In terms of the global gaming market, Southeast Asia is becoming more recognized as global gaming companies are seeking ways to increase their presence and grow their user base.

“In particular, mobile’s explosion in this region has sparked increased marketing spends for both endemic and non-endemic brands interested in capturing the 200 million millennials who avoid being exposed to traditional advertising and are looking for authentic content that’s more relevant to engage with.

“As a result, we are seeing an increase in gaming companies in the region.  This influx of opportunities creates higher demand for game-specific jobs and will impact the wider economy.” pointed out Ampverse CEO.

There are two major hurdles present in the industry. From a marketing perspective, non-endemic brands are slow to support gaming and esports.

“In order to unlock the full potential the region has to offer, we must start with educating all the key stakeholders involved in the decision making process.

“By training marketers on how to utilize gaming and esports effectively, we can begin to build a solid foundation that will reach their goals through data, insights, and understanding.

“On the esports side, I believe we need to find home grown champions that will represent the region on global stages.

“The next generation of esports should come from the fastest growing region globally.  In order for new champions to rise, we will need more grass roots gaming programs with an aim to nurture new talent so that they are provided with all of the tools necessary in order to succeed.” highlighted Ferdinand Gutierrez. 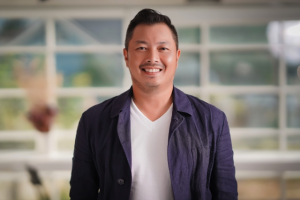 Like any sport, esports is a competition which involves the best players in each game to compete in hopes of achieving prizes, money and fame.

“Esports is now a multi-billion dollar industry with major sponsors on board and is viewed by millions of viewers around the world.

“Esports is not necessarily the most physically active type of sport, however the same level of concentration needed in order to succeed.

“Just like any other professional athlete, a professional gamer would practice and dedicate time to their craft – improving coordination and responsiveness being two of the key skills needed. A gamer must learn diverse techniques to further their skills in order to stay on top.” he said.

Lastly, both sports and esports have entertainment value. Audiences like to see others compete. As competition has been around for decades, this is by no means something new!

“I am excited for what the future holds for the gaming industry in Southeast Asia. We are starting to see more investment from game publishers into building local leagues that include, ROV (Arena of Valor),  Garena Free Fire, PUBG Mobile and Mobile Legends to name a few.

“Fast-approaching 5G networks will certainly redefine the experience of gaming on mobile as it offers faster speed and more reliable connections. Therefore, it will play a big part in unlocking gaming to new audiences and new types of gamers.”

About the CEO of Ampverse Ferdinand Gutierrez.

Having founded and exited a Facebook gaming development company, I was then commissioned to lead marketing initiatives for a major gaming streaming platform in Southeast Asia, which sparked my interests in gaming and esports.

Taking all my learnings from the past and realizing the potential of this vertical, I was excited by the opportunity to establish a gaming and esports company in this region.

Fifteen Years to Save the Amazon Rainforest from Becoming Savannah