Home Main Chinese Scientist Unite Together to Tackle With COVID-19 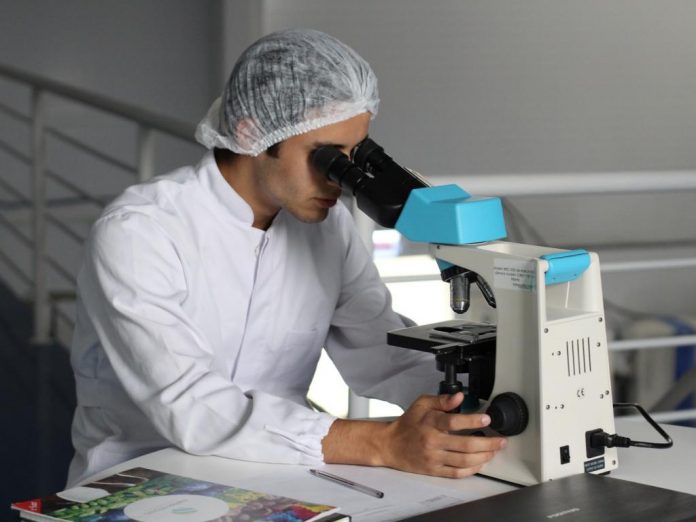 MOST re-examining two major scientific and technological projects, including the “Creation of Important Innovative New Drugs” and the “Prevention and Treatment of Severe Contagions”, and a series of national essential research and development plans.

Recently, some important achievements from these projects have already been implemented in the front line of epidemic prevention and control.

When it comes to drug screening, front-line staff from different research teams collaborated on the basis of existing researches, making great efforts to systematically and massively screen the drugs that have been on the market already or already go into clinical trials.

As a consequence, they discovered potentially effective anti- coronavirus drugs, such as Chloroquine Phosphate, Remdesivir, and Favipiravir.

Furthermore, in recent days, researchers have urgently launched some clinical trials and the results show that the curative effect of drugs on patients is increasingly obvious.

Based on the R&D level and preliminary accumulation in the field of cell therapy, traditional Chinese medicine and plasma therapy in China, the clinical trials of the three therapies organized by the “Joint Prevention and Control Group” have been gradually carried out, and they are playing significant role in curing critically ill patients.

For the purpose of providing more cutting-edge and effective solutions to the epidemic using stem cell therapy, the leaders of the MOST went to the Innovation Institute of Stem Cell and Regenerative Medicine of the Chinese Academy of Science to confirm their progressing.

A new cellular drug called CAStem supposed to cure COVID-19 was created, and it has already made major progress in the experiment about the treatment of the severe acute respiratory distress syndrome (ARDS) previously.

The research team has applied for emergency approval from China National Medical Products Administration, and it is cooperating with relevant medical institutions.

So far, the CAStem has already been approved by the Ethics Committee, and is ongoing clinical observation and evaluation.

An emergency project titled “Clinical Study on the Prevention and Treatment of COVID-19 by Integrated Chinese and Western Medicine” was officially launched on February 3 with the support from the MOST.

“The positive curative effect has been shown in treating COVID-19,” said Zhang Boli, the project leader and the headmaster of Tianjin University of Traditional Chinese Medicine.

It was reported that a total of 23 patients had been cured and discharged from Hubei Provincial Hospital of Integrated Traditional and Western Medicine and Wuhan Hospital of Traditional Chinese Medicine.

With regard to the field of plasma therapy, China National Biotech Group has completed the collection of plasma from some convalescent patients, as well as the preparation of special immune plasma products and special immune globulin of novel coronavirus on February 13.

In terms of field of vaccine research and development, the Chinese Center for Disease Control and Prevention (CDC) had successfully isolated the first COVID-19 virus strain on January 24, which was recognized by the World Health Organization and other international agencies. Several new type of vaccines for COVID-19 have started the animal testing phase, which bring hope to all.

Oil stuck below $30 a barrel