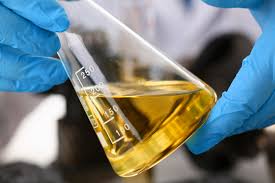 Jakarta. The Indonesian Palm Oil Association, or Gapki, said on Monday that Indonesia is likely to use up 8.3 million tons of palm oil to meet domestic demand for biodiesel this year, raising concerns there won’t be enough palm oil left to export.

The government began mandatory use of B30 – diesel fuel made up of 30 percent biofuel from palm oil – last month and is already preparing to use the upgraded version, B40, next year.

“Domestic demand for palm oil in 2020 is estimated to reach 8.3 million tons to be processed into biodiesel, which may reduce heavily the amount of palm oil available for export,” Gapki’s executive director, Mukti Sardjono, said in a statement on Monday.

On the production side, Gapki said expected favorable weather may help the country produce a higher output than last year.

Exports – despite the adverse effects of the United States-China trade war, India’s tariff discrimination and the European Union’s biodiesel ban – still managed an increase of 4 percent to 36.2 million.