Home Main Factbox: What do we know about the new coronavirus? 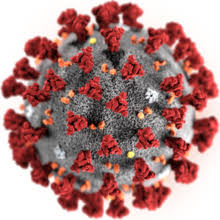 (Reuters) – A new coronavirus that has killed more than 130 people in China is spreading to other countries, alarming health experts.

Here is some of what we know – and don’t know – about the virus:

WHERE DID THE VIRUS COME FROM?

The virus is believed to have originated late last year in a food market in the Chinese city of Wuhan that was illegally selling wildlife. Health experts think it may have originated in bats and then passed to humans, possibly via another animal species.

The World Health Organization (WHO) was alerted to several cases of pneumonia in Wuhan at the end of December. Chinese authorities confirmed they had identified a new virus a week later.

HOW DANGEROUS IS IT?

The new virus, identified by scientists as 2019-nCoV, is a coronavirus, a family of viruses that include the common cold and more serious diseases such as Severe Acute Respiratory Syndrome (SARS).

Coronavirus infections have a wide range of symptoms, including fever, cough, shortness of breath, and breathing difficulties.

It is unclear how deadly the new virus is. Although severe cases can cause pneumonia and death, there may be many cases of milder disease going undetected. Many of those who have died had pre-existing medical conditions or were elderly, those with weakened immune systems.

HOW IS IT TRANSMITTED AND HOW CAN IT BE PREVENTED?

The new coronavirus can be transmitted from person to person, although it is not clear how easily that happens. Most cases so far are in people who have been in Wuhan, family members of those infected, or medical workers.

In order to reduce the likelihood of transmission, the WHO recommends that people frequently wash their hands, cover their mouth and nose when sneezing or coughing, and avoid close contact with those who are sick.

The U.S. Centers for Disease Control and Prevention says those who develop symptoms such as coughing and fever who have been in China in the last 14 days should call ahead to a healthcare professional to establish if they need to be tested.

The largest aluminium ferry ever constructed in the Philippines