Home Main More precious than gold: Why the metal palladium is soaring 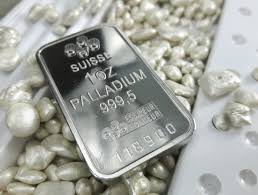 The price of the precious metal palladium has soared on the global commodities markets.

It has jumped by more than 25% in the last two weeks alone, and almost doubled in value over the last year.

At about $2,500 (£1,922) an ounce of palladium is more expensive than gold, and the pressures forcing its price up are unlikely to ease anytime soon.

But what is palladium, what is it used for, and why is its price rising?

It is a shiny white metal in the same group as platinum, along with ruthenium, rhodium, osmium, and iridium.

The majority of the world’s palladium comes from Russia and South Africa. Most of it is extracted as a byproduct in the mining of other metals, usually platinum and nickel.

What is it used for?

Its key commercial use is as a critical component in catalytic converters – a part of a car’s exhaust system that controls emissions – found mainly in petrol and hybrid vehicles.

The vast majority of palladium, more than 80%, is used in these devices that turn toxic gases, such as carbon monoxide, and nitrogen dioxide, into less harmful nitrogen, carbon dioxide, and water vapour.

Cryptocurrencies rise $23.8 billion in 24 hours as bitcoin jumps near 16%

Insurers adapt to grow in a volatile economy – Deloitte