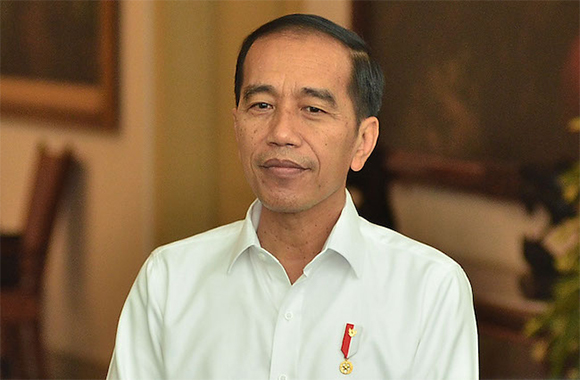 President Joko “Jokowi” Widodo has said he wants public and private transportation in the new capital city to be the first in the world that uses only autonomous and electric vehicles (EVs).

“Mass transportation will be autonomous there. Private cars will also be autonomous or electric,” Jokowi said on Wednesday in his opening remarks for the Indonesian Young Entrepreneurs Association (Hipmi).

“[…] we can be the first capital city with mass and private transportation using autonomous and electric [vehicles]. We will build it that way so everything can be efficient and cheap.”

The plan is in line with the government’s vision of promoting electric vehicles, which are considered cleaner as they do not use fossil fuels, with a greater goal of reducing the country’s carbon emissions while promoting domestic battery production. Indonesia is rich in cobalt and manganese, the main components for making EV batteries.

The government will move Indonesia’s capital city from the heavily populated and polluted Jakarta to a now-forested area in North Penajam Paser and Kutai Kartanegara regencies in East Kalimantan by the end of Jokowi’s second term in 2024. The project is expected to cost Rp 466 trillion (US$32.7 billion).

The President has repeatedly said that he wants the new capital to be a smart and green city. The Public Works and Housing Ministry had previously selected a development design from URBAN+ studio Nagara Rimba Nusa, which met the criteria of submitting an eco-friendly design that depicts Indonesia as a forward-thinking and futuristic civilization.

The construction of government buildings and facilities would be fully funded by the state budget while other development projects are expected to be funded by private sector funds and investments, Coordinating Maritime Affairs and Investment Minister Luhut Pandjaitan said.

The President has looked to several foreign partners for the development of the new capital city, having had meetings with SoftBank Group founder and CEO Masayoshi Son and SoftBank-backed ride-hailing Grab CEO Anthony Tan.

“We won’t discuss the specific number yet, but a new smart city, the newest technology, a clean city and a lot of AI [artificial intelligence] – that’s what I’m interested in supporting,” said Son last Friday regarding investment in the project.

Jokowi had also offered the Crown Prince of the Emirate of Abu Dhabi, Sheikh Mohamed bin Zayed, a position on the steering committee of the new capital city project, with no details revealed as of yet. (mfp)

‘This is not a drill’: WHO urges world to take virus more seriously